With the way I made ol' Jack's eyes, I might be talking about the horror movie, Jack Frost. Haha I should have tried to make him less demented looking. Maybe googly eyes would have softened his features. Oh my, just thinking about him with spinning eyes is cracking me up! 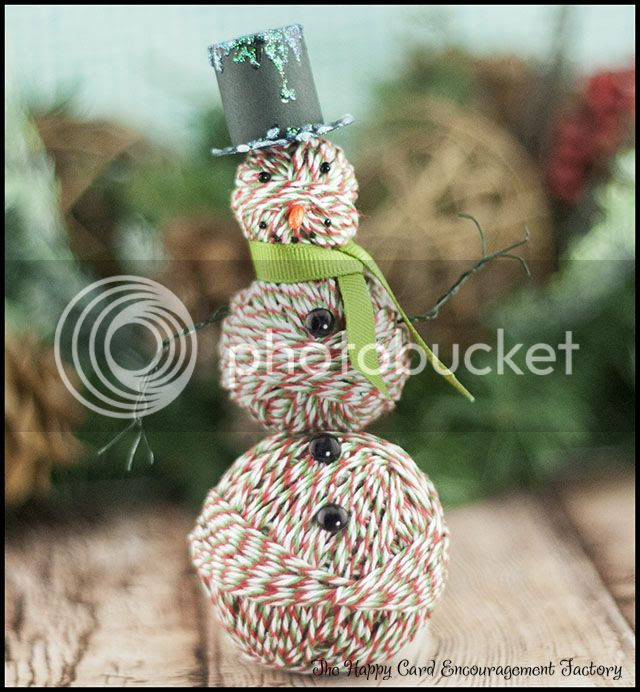 This month's Trendy Twine spotlight color is Candy Cane and Holly Berry. I choose to use the Candy Cane twine for Jack here because it has a bit of white in it. I just thought I would try something different with my twine. I like to use twine in totally new ways then just making a bow and putting it on a card. There is nothing wrong with that (probably going to do that with my Christmas cards), I just like to push the envelope on what twine can be used for. Not every idea works out. The project I was making before Jack here should be on Pinterest Fails...seriously. 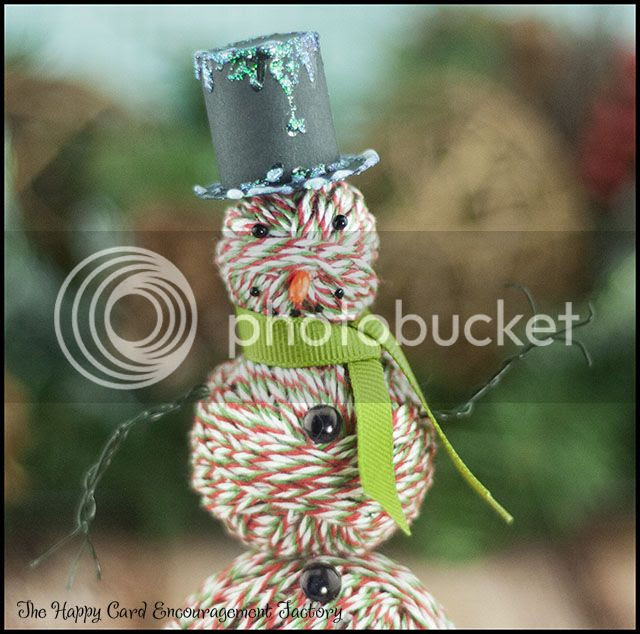 I drizzled his hat with glitter glue to simulate frost and snow. To make Jack was pretty simple. I just wrapped twine around three different sized Styrofoam balls. Stabbed some wire arms into the sides not forgetting to give him his buttons and facial features too. That's pretty much all there is to making this little guy. Speaking of little, he is less than 5" tall.  He's my baby Jack. 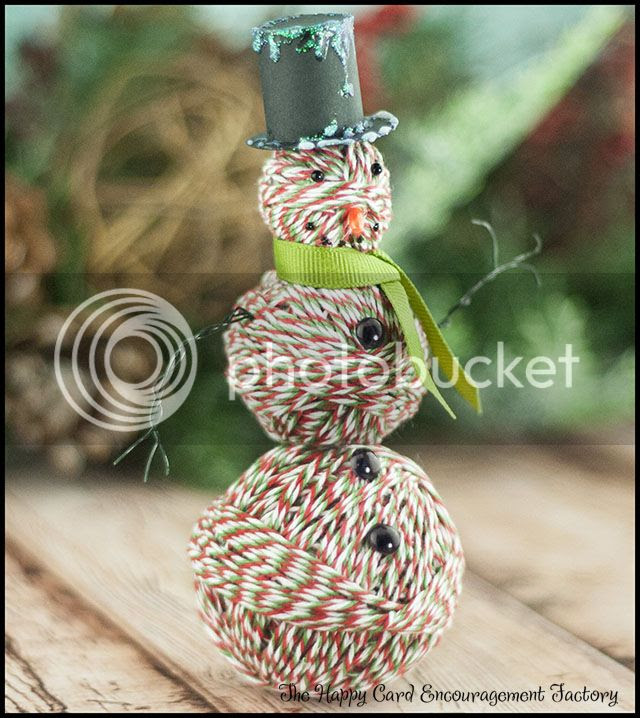 So, is he cute? Or is he on his way to star in his own horror movie? Let me know in the comments. Also, I would love if you visited me at my blog for more twiney goodness - The Happy Card Encouragement Factory.

Posted by CityGirl Planners at 5:00 AM
Email ThisBlogThis!Share to TwitterShare to FacebookShare to Pinterest
Labels: Candy Cane, christmas, Home Decor

Thank you so much for leaving a comment. We love to read them!